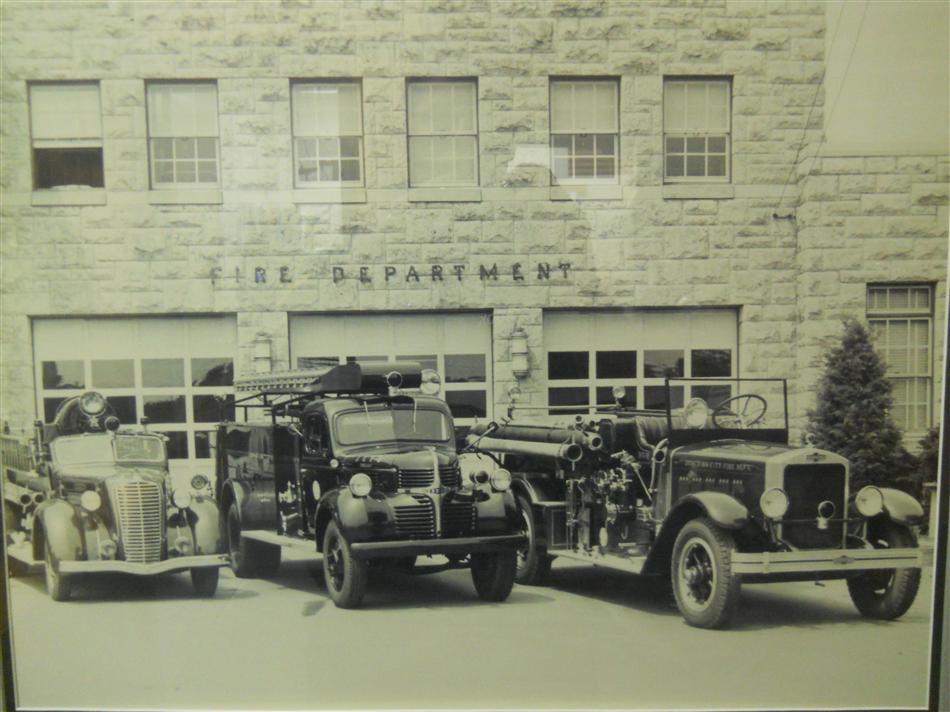 The first fire company was organized February 1, 1866. It was a hook and ladder company. The Harmony Fire Company was organized October 10, 1867 and on November 27th of that year a Harmony fire engine, purchased by the City, arrived and was put into service. A fire house was constructed at about the same time. New equipment works well but would soon need maintenance and that would cost money that was not allocated. By the end of 1870 it is assumed that the Harmony Fire Engine was in need of repairs with no money to be allocated.

For several years the principal method of fighting fires had been to form a bucket brigade and use blankets or other materials soaked in water. During one large fire in 1871, blankets were taken from Booth and Kennedy’s store to fight the fire with. A bill was presented to the city commission that took several years to settle. In 1873 the City council authorized the purchase of six dozen canvas buckets at a cost of $40 dollars a dozen for the use of fighting fires.

Water for fire fighting was obtained from cisterns located at street intersections and maintained by the City. Keeping water in these cisterns seemed to be quite a problem, although they were maintained for fire protection and not for drinking purposes. On December 3, 1872, the City Commission authorized water pipes to be laid from the buildings on Washington Street between Seventh and Eighth to the cistern at the intersection of Eighth and Washington. These pipes were designed to fill the cistern with rain water. This may or may not have worked. An article in the Tribune shortly after the arrival of the new fire engine "The Hornet" asked where the water was going to come from to supply this new pumper. The article stated the need for more cisterns and the repair of the existing ones.

In the summer of 1884 The Junction City Union indicated that things were changing. A notice asked for anyone interested in organizing a fire company meet at the city hall on Wednesday, at 8 pm where a limited number of applications for membership would be received for the purpose of organizing a fire company. All Harmony Fire Company members active and honorably retired should meet on Wednesday to reorganize, disband or merge into the new Fire Company. As a result of this meeting, The Hornet Fire Company became the successor to the old Harmony Fire Company. 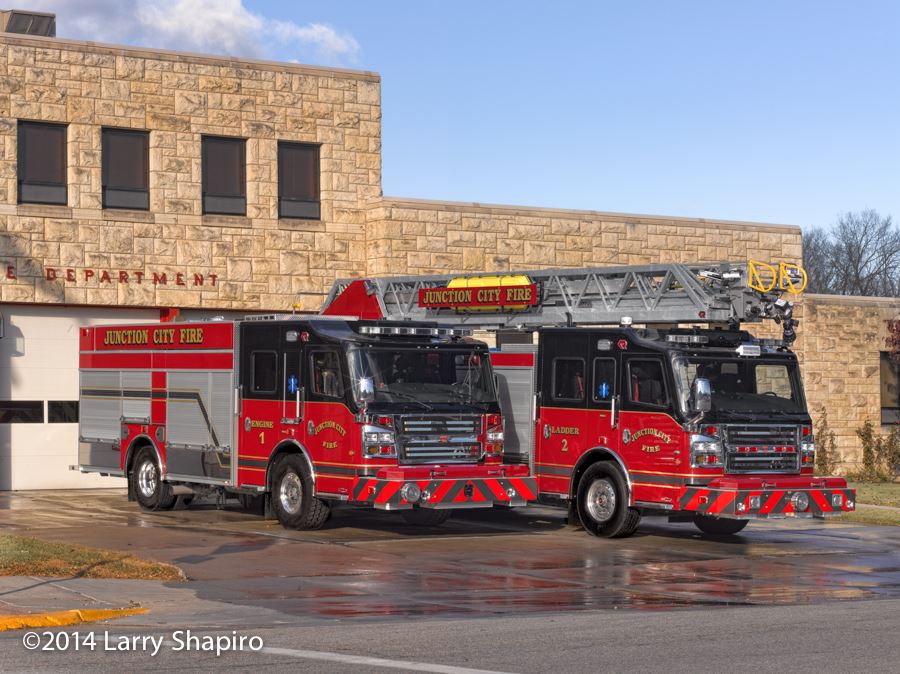 Currently we have a 53 member department which consists of: